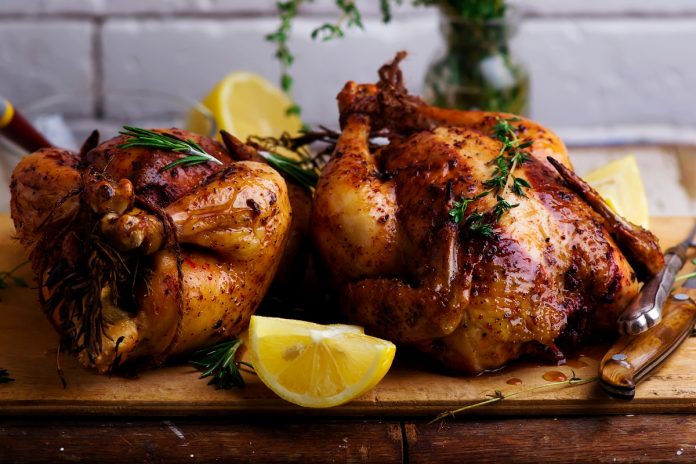 It’s no secret that most love Cornish hens when it’s perfectly cooked. Although there are many ways of cooking a Cornish hen, the traditional tandoori take is in a league of its own. Cornish hen is rather simple to cook but for a newbie trying to master the dish, a recipe guide is pivotal.

A Cornish hen is also a type of chicken, only much smaller than a broiler. The best part of having a Cornish hen is that it serves one and cooks pretty quickly. So, whether you are cooking it by yourself in a skillet or a tandoor, succulent Cornish chicken will be ready in no time!

How to cook a Tandoori Cornish Hen?

First things first, proper chicken prep is the key to a flavorful and juicy Cornish hen. If you’re cooking in a tandoor, cut the chicken from the back in two halves before you stick them onto a skewer. A Cornish hen is usually cooked with the skin on since it prevents the meat from drying out and becoming too chewy. But it all comes down to the marinade… the yogurt in the marinade forms a layer on the chicken that helps with retaining the moisture in the meat.

How you marinate a Cornish hen is going to determine its flavor. Since this chicken type is small, it’s very easy to overpower the meat taste with the marinade you prepare. Majority of the recipes for a Tandoor style Cornish hen have a citrus and yogurt-based marinade including some basic spices and red food coloring.

Unlike lamb or beef, you don’t want to keep the chicken doused in the marinade for too long. If you don’t like mushy textured chicken, keep it marinated for 5 to 6 hours only. (Pro tip: take a fork and poke your chicken slightly so that the chicken cooks evenly with the marinade seeping into it).

What kind of Tandoor is best for cooking a Cornish hen?

Looking for good quality and easy-to-use tandoors at home? Tandoor Morni has got you covered. This is an excellent one-stop shop for clay ovens and gas tandoors. They’re safe to use, highly reliable, and long-lasting.

Set your tandoor temperature to 900°F (480°C) for an hour before you cook the chicken. Then after 15 minutes of cooking, you get a perfectly cooked, charred, juicy, and tantalizing Tandoor-style Cornish Hen!

Why is naan bread cooked in a tandoor oven

How to choose the right tandoor for cooking

How to cook tandoori chicken in a clay oven?

Why is naan bread cooked in a tandoor oven

How to choose the right tandoor for cooking

How to cook tandoori chicken in a clay oven?